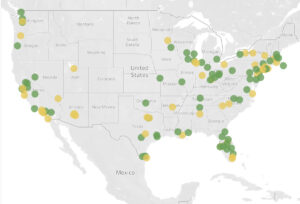 The arrangement, which the FAA says is the result of collaboration between regulators, transporters, and the aviation industry, will permit transporters to turn on their equipment in “painstakingly thought about stages” as carriers work to retrofit their planes with equipment that will mitigate any potential interference from cell signals.

As AT&T and Verizon were turning on their next-gen networks in January in PIM, the FAA protested and the transporters consented to create support zones around many airports in the US. The agreement was simply meant to extend until July 2022. But at the time, it wasn’t clear the way in which the issue would be settled by then. Presently, the transporters have consented to continue to limit their C-band in certain region for another year.

In a statement to The Verge, Verizon boss administrative official Craig Silliman said:

Under this agreement came to with the FAA Neon White turns, we will lift the voluntary limitations on our 5G network deployment around airports in a staged methodology throughout the next few months importance much more buyers and organizations will benefit from the tremendous capabilities of 5G technology.

Through close coordination with the FAA throughout recent months, we have fostered a more tailored way to deal with controlling sign strength around runways that permits us to activate more towers and increment signal strength. 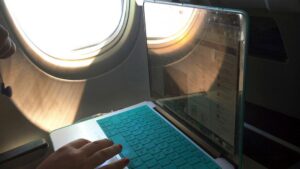 Though our FCC licenses permit us to completely send genuinely necessary C-Band spectrum right now, we have picked in good faith to implement these more tailored precautionary measures so aircrafts have additional time to retrofit equipment. We appreciate the FAA’s support of this methodology, and we will continue to work with the aviation community as we advance toward the expiration of all such voluntary estimates by next summer.

As a boost, Verizon and AT&T’s rollout of their new 5G spectrum, otherwise called C-band, turned into a complete wreck recently after aircrafts and regulators cautioned that the signs could interfere with planes’ radar altimeters.

The rollout wasn’t (or shouldn’t have been) a shock to regulators — the industry had been preparing for it for quite a long time somewhat early, and the FAA had settled on multiple agreements with transporters to postpone it. Be that as it may, when the time came to switch on the networks, there was a scramble to change plans, and the transporters wound up begrudgingly consenting to the cushion zones around airports.

What they’re saying: AT&T and Verizon spent billions in a national government auction to purchase the wireless transmissions licenses, known as C-band, to use for 5G administrations, and wanted to begin utilizing them months prior.

“Today’s announcement identifies a path forward that will enable Verizon to really take advantage of our C-Band spectrum for 5G around airports on an accelerated and characterized plan,” Craig Silliman, Verizon EVP and Chief Administrative Officer, said in a statement.
“Though our FCC licenses permit us to completely send truly necessary C-Band spectrum right now, we have picked in good faith to implement these more tailored precautionary measures so aircrafts have additional time to retrofit equipment,” AT&T representative Alex Byers said.

AT&T said with the FAA it had “fostered a more tailored way to deal with controlling sign strength around runways that permits us to activate more towers and increment signal strength.” AT&T added that it had voluntarily “picked in good faith to implement these more tailored precautionary measures so carriers have additional time to retrofit equipment.”